Jose, the host at Dewalokam, where we’ve been staying for 4 days now tells that this place originally came to live by a wrong. We’re once again gathered for the pre-dinner drink session where all the guests summon. We’re having a conversation on the subject of being and entrepreneur. He tries to give me the impression that this is not really who they are. Both he and his wife Sinta used be just teachers. And thats what they still are - deep down.

To be or not to be - an entrepreneur

I have to correct him. Look around. The four days here has been like entering a small paradise for a short time.

They had many struggles in building Dewalokam to what it is today, Sinta already told me about these struggles a few days ago.

But both Sinta and Jose strikes me as genuine entrepreneurs. People that builds and construct things. They build a place that the whole local community now depends upon, they have more than 20 people employed and they have really done a lot of effort, including some innovative marketing gimmicks that make this place stand out.

A 2 meter high local map on wall showing Dewalokam in the center of everything. “That’s Sinta’s idea” he replies.

Yoga in the morning. “That’s Sinta” he laughs af if he’s trying to prove that he’s not an entrepreneur.

The sign in the rear window of Siby’s car showing the name and logo of Dewalokam. “Thats’ Siby’s own idea”

The garden. “OK, That’s me he laughs”, I believe I see a shade of proudness in his eyes.

We continue this game for a while but Sinta is now joining the conversation I sense that they actually are aware of the fact that running two jobs along running an organic farm and a homestay for more than 20 guests and providing employment for 20 people probably is a bit of a mouthful and as far as they have come now, and the success they have had the past two years clearly indicates that there is really no turning back.

Today Sinta went to her previous job - in one of her finest tailor made dresses - to collect the last three months pay of her salary, but bureaucracy kicked in and some papers weren’t signed yet and autorisation for the pay-out was halted.

One of the good things about being a self-employed entrepreneur is that the path to execute ideas into action is usually way shorter then if you’re part of a rigid bureaucracy.

Sinta asks about mountain biking - Chewang, who runs his own trekking and adventure bureau in Ladakh in North India and I get really enthusiastic. The other day when I was walking through the rubber plantations I saw mountainbike track potential all over the place. How fun it would be to build a 5-6 km track there, with north shore, buns and drops. Chewang kicks in. He’s actually looking into starting some bike tours in the mountains down here in Kerala.

I count Sinta and Jose as genuine entrepreneurs - and I can see the way Sinta listens to Chewang and me babbling about mountainbikes, that she’s actually considering it.

I would love to come back here someday and ride tracks in the plantations and in the forest - after some yoga and mediation in the morning - and then come back just before lunch to and take a quick dive in the Kaliyar river that runs by Dewalokam, before eating delicious three cours meals, having one-meter-tea in the court yard and end up in conversations with interesting people from everywhere. 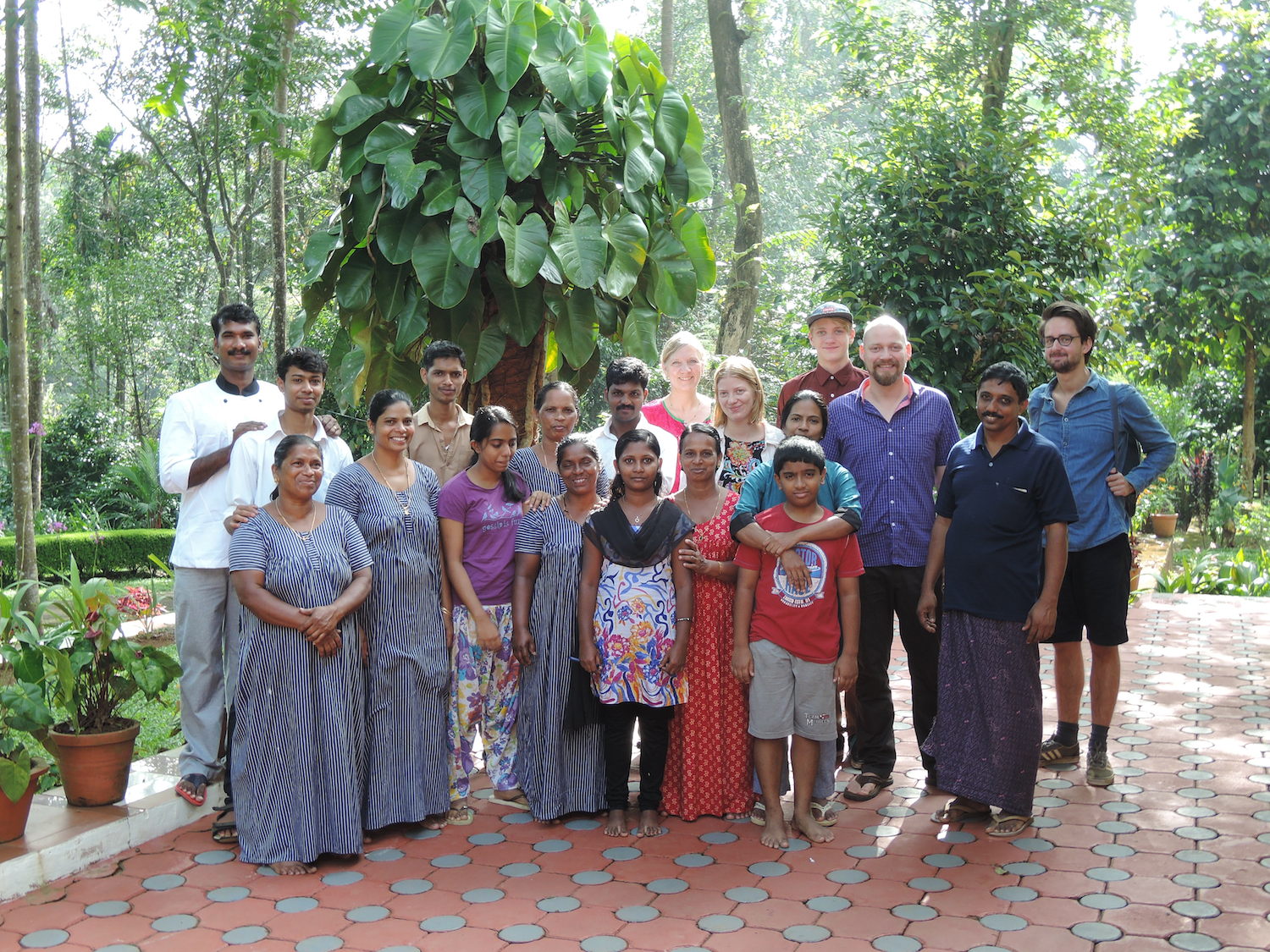 Dewalokam On Tripadvisor has 243 reviews at the time I’m writing this 239 of these reviews gave the place 5 stars. I have never seen anything else score this high on Tripadvisor - ever.

I hope Dewalokam will be here forever and I wish all my friends to experience this.

Tomorrow morning we will be off to Our Land - a small island in the backwaters near Alappuzha.