You have probably already read the story of The Bonnie Situation. Now you must lean back and be guided into an interpretation of the story which will eventually enable us to define the term WolfWare.

The interpretation is viewed from the perspective of the consultant, and as you’ll see later, Mr. Wolf represents the consultant in the Bonnie Situation - but let’s get on with it.

Jules and Vincent: The Customer

Jules Winnfield and Vincent Vega are representing the customer. They are the ones that need consultancy! Now if a potential customer reads this he or she might get somewhat insulted by that comparison as it appears - at least in the beginning - that they are doing really bad. But in the end when The Bonnie Situation is avoided and looking back on their behavior, they actually did The Right Thing. They requested help and they participated very actively in the problem solving. 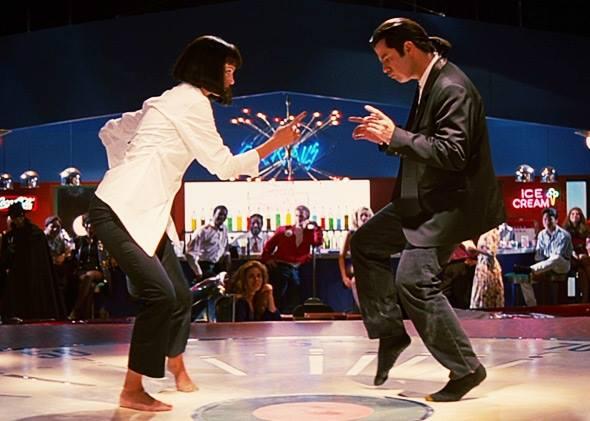 Both Jules and Vincent have a lot of very fine qualities and skills. In one scene Vincent is baby-sitting Marsellus Wallace’s wife - Miss Mia - and he takes her out dancing which he does in a truly convincing manner. And Jules, as it turns out, is really a very thoughtful man with deep profound understanding of what life is all about and on top of that he has excellent communication skills.

The are both very clever at - what ever they are good at.

Like the typical customer, Jules and Vincent are very competent at handling difficult situation on home-court (e.g. like picking up the suitcase for Marcellus - remember? That was a delicate situation where they did well!). But even talented people do - now and then - find themselves in situations where they don’t have the necessary means to cope: They simply need help from experts.

If you try to analyze: Why is the Bonnie Situation really such an interesting story that Tarantino finds it worth telling? Sure it’s fascinating to see Mr. Wolf’s charisma and talent be laid out in front of you. But the twist of the story, which makes it a good one, is that Jules and Vincent practically does all the actual work themselves. They just needed a guide.

The Bonnie Situation: The Customer’s Problem

Now when you know the story about The Bonnie Situation we can introduce the same term to be a metaphor for The Customer’s Problem. The definition is: Some delicate situation that requires a solution (faliure is not an option) within a limited time and with limited resources. It’s a situation that requires on-site help from an expert.

Jimmi and Bonnie: The consumers

Jimmi - and potentially also Bonnie - are being dragged into Vincent’s and Jules’ business without really wanting to be. Sure Jimmi wants to help his friend Jules with his problem - but he doesn’t want to become divorced doing it.

As he says to the blood soaked Jules when he’s standing in front of him in his own kitchen: There is nothing you can say that can make me forget that I love my wife! Is there?

Jimmi insists, that even if he is indeed suffering from the problem that Vincent and Jules opposed upon him, he still has no part in it, and therefore he’s only willing to take part in the solution to a very limited extend. He is giving them some leash, but his demands are basically non-negotionable. In other words: He’s putting pressure on Jules and Vincent! 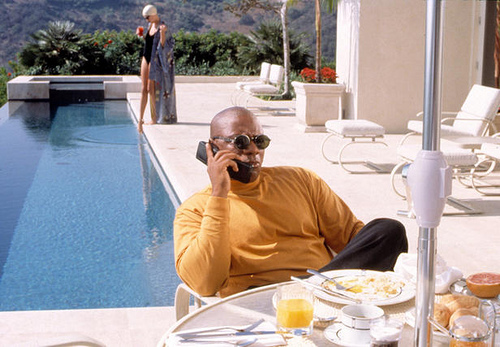 Marcellus Wallace is the obvious place where Jules (The Customer) can call - and expect to get help. His own understanding of the situation is that he needs the entire cavalry. Marcellus asks Jules for details about the The Bonnie Situation and based on his analysis he takes the full ownership of the problem and he gives Jules what he requests - well, not an entire army, but he’s sending the Wolf.

Mr. Wolf represents the consultant. I don’t know how many times before Mr. Wolf has been in charge of cleaning ‘74 Chevy Nova for brains but my guess is that it is probably none. Never the less; When Marcellus calls him, fills him in on the situation and gives him the address of Jimmi’s house he replies “It’s thirty minutes away - I’ll be there in ten”. He is giving The Bonnie Situation his full attention and even if it’s very likely that it’s a new situation for Mr. Wolf too - it resembles the many other situations he has dealt with during his time, that he’s not hesitating at all.

When he arrives at Jimmi’s house it turns out that both Vincent and Jules are actually quite competent after all - as it’s already pointed out, they end up doing the most of the actual work, despite the fact that they weren’t capable of doing anything until Mr. Wolf arrived.

Mr. Wolf’s professionalism is so radiant, that he manages to set the mood in the house to a level, where everybody ends up believing that they will eventually make it - even Jimmi is calmed down. When The Bonnie Situation is passed Jules and Vincent thanks him. The say that they took pleasure in watching Mr. Wolf work.

Let me recap: Jules and Vincent ends up in a bad situation in an unfriendly neighborhood, he calls his friend Jimmi who let’s them use his garages. Jules then calls his boss Marsellus, who calls Mr. Wolf. Mr. Wolf makes Jimmi comfortable and instructs Jules and Vincent in how they should work. When he needs to dispose the car, he get’s help from Monster Joe and he proudly takes off with Rachel who he presented to Jules and Vincent with the words “This is Monster Joe’s daughter - some day all of this will be hers” - pointing to the huge piles of useless junk cars. Just before he leaves he acknowledges Jules and Vincent’s appreciation of him with the words Call me Winston.

Now they are on first name with each others. Bonds have been made.

It’s really all about relations between people. Everywhere Mr. Wolf is coming he’s either maintaining his relations with people - or making new ones. These relations are his true assets - well and his skills of course, but they are so obvious. Jules, Vincent and Jimmi are impressed with his work. Marcellus is satisfied with his work. Wolf needed favors from Monster Joe in order to succeed, and he pays him back with a very clear statement of respect towards his business - despite the fact that running a car break-up business probably isn’t the one job in the world that give you the most street-creadability.

Mr Wolf is a role model!

Mr. Winston Wolf (now we’re on first name with the guy!) should be a role model for all consultants. A the very least he should be a character that they should strive to understand, so that they themselves can learn how to exploit their own abilities and relations, as well as other’s abilities and relations to a degree where it appears agile and untroubled and yet with a clear gain for all parties involved.

Win-Win - Makes a winning team This finishes the interpretation of The Bonnie Situation as viewed from a consultant’s perspective. Now you are ready the hear about the definition of WolfWare - and what it’s used for.