A bloddy yet edifying tale about consultancy

The story you are about to read is a retelling of one of the many parallel stories, that are told in Quentin Tarantino’s movie Pulp Fiction.

Jules Winnfield and Vincent Vega are sitting in front of a car. On the back seat is the young boy Marvin. This has been the worst day in Marvin’s life, which by the way is about to come to an end real soon.

Just before this car ride, Jules and Vincent went to an apartment somewhere in Los Angeles, where four young boys were having their breakfast (Big Kahuna Burgers). The purpose of their visit was to collect a suitcase full of money, which the boys unfortunately forgot to deliver to their business partner Mr. Marcellus Wallace - who also happens to be Vincent and Jules boss - hence the visit.

Now they have successfully collected Marcellus’ suitcase and they have also wiped out three of the four young boys - the fourth boy was Marvin who was in on the job as an insider.

The last one of the three boys that Vincent and Jules shot in the apartment actually managed to empty his gun agains the two - but all six bullets missed. Jules claims it was a miracle. Vincent calls it a coincidence - now they are having a deranged conversation on the subject of divine intervention.

The conversation between Jules and Vincent is leading nowhere, Vincent turns towards Marvin on the back seat:

Mostly as a habit, Jules is holding a gun in his hand. Suddenly the gun goes off and now Marvin’s brain is all over the place.

Both Jules and Vincent is starting to panic. They have to get the car off the road PRONTO! But despite the seriousness of the situation they never the less find time to start an argument about wether the were - or weren’t a bump in the road

Jules is making a phone call to his friend Jimmi who lives near by. They will have to use his garage for a couple of hours.

In the meantime Jimmi isn’t especially thrilled about the fact that his house has now become a “dead nigger storage” at he puts it himself. His wife Bonnie will be home from work in an hour and a half and surely he will get a divorce if she sees a dead body in her house when she gets home. Both Vincent and Jules understands the severity of The Bonnie Situation - It’s just that they haven’t got a clue about how to solve it.

Jules calls the boss - Marcellus - and he fills him in on the problem. Marcellus starts to analyze the situation, which only makes Jules panic even more: 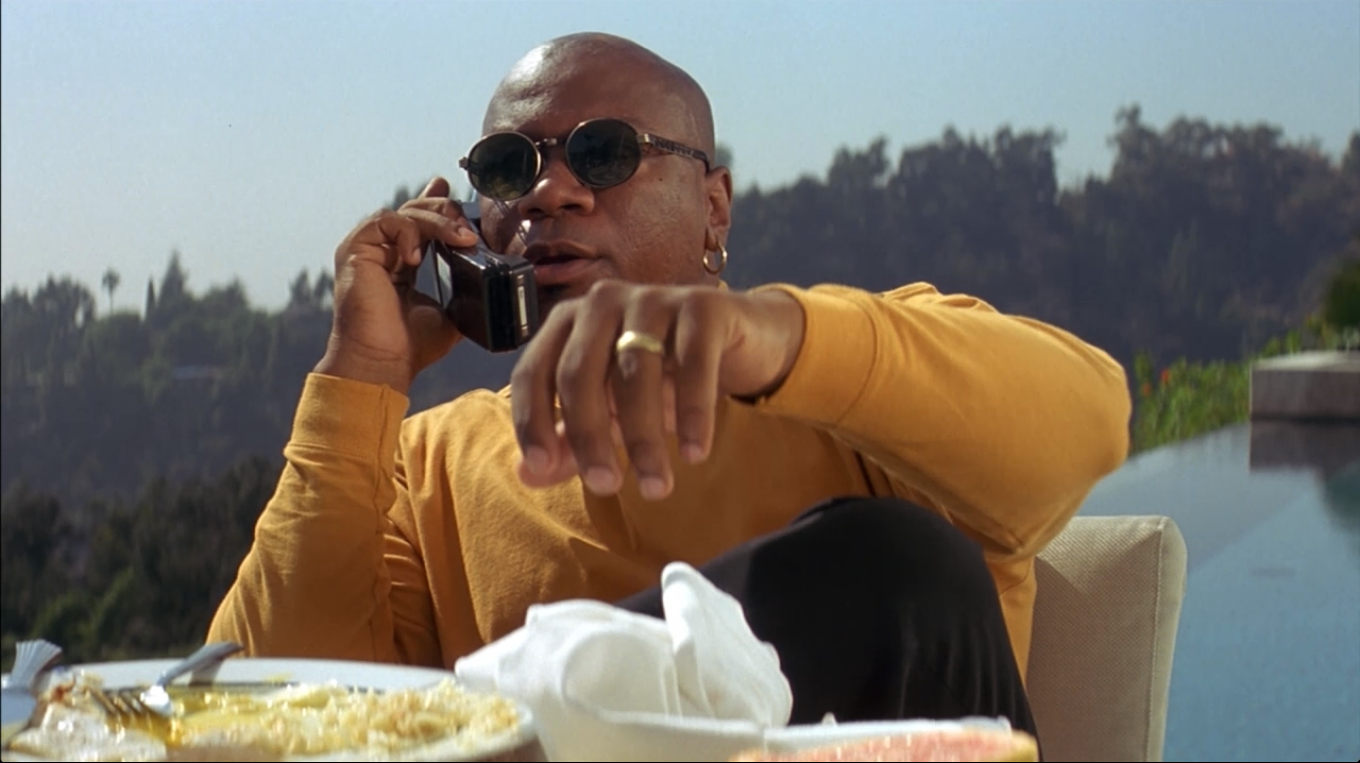 Nine minutes twenty seconds later the door bell is ringing at Jimmi’s house. Jimmi opens the door outside is Mr. Wolf: “You are Jimmi! right? This is your house! I’m Winston Wolf - I solve problems” 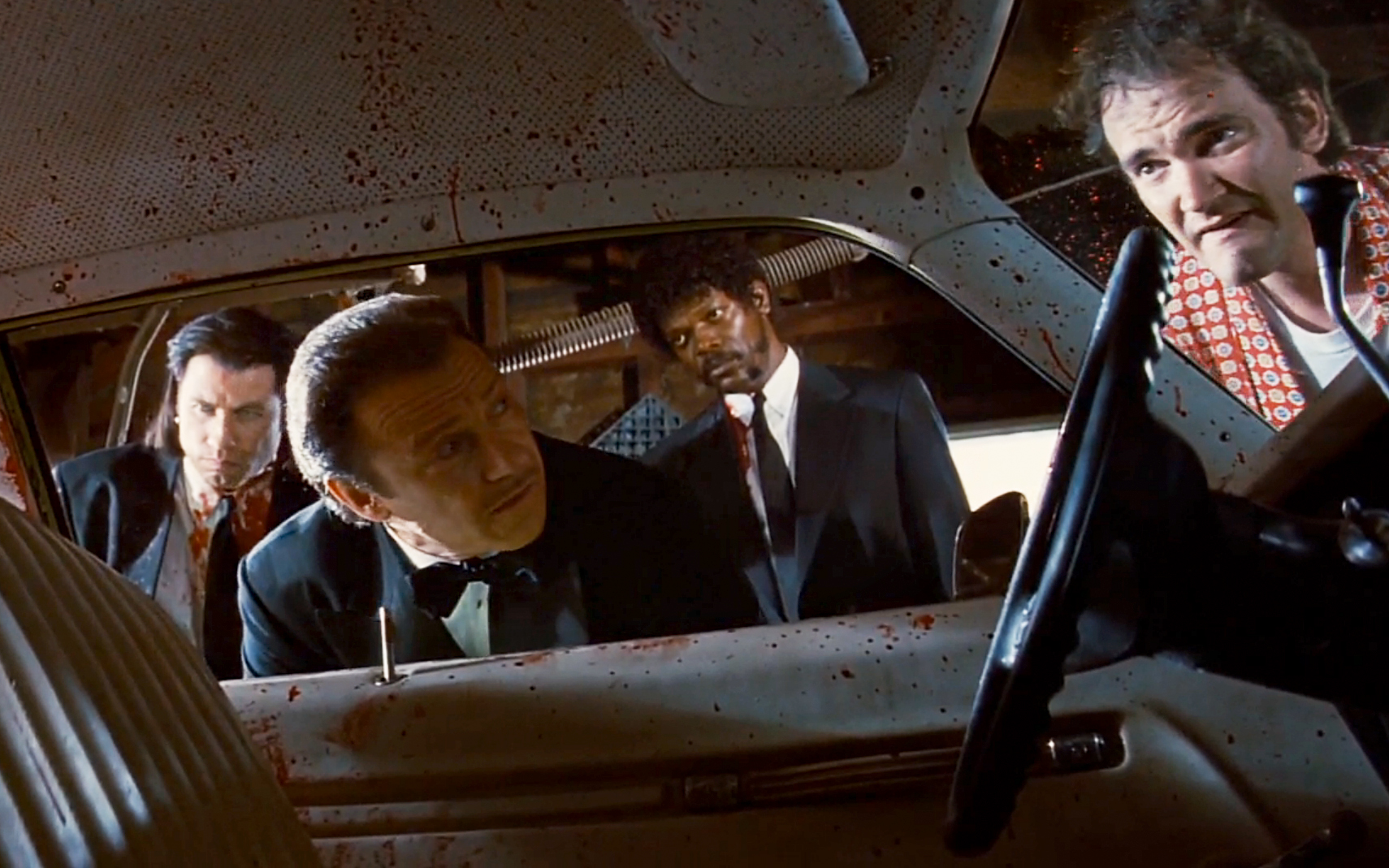 They now have 40 minutes left to solve “The Bonnie Situation”. Mr. Wolf is taking the lead and lays out a very detailed plan for how to clean brains out of a 1974 Chevy Nova. He provides cleaning products and persuades Jules and Vincent to get on with the job: Pretty please, with sugar on top!

He also washes the two unlucky fellows and finds some of Jimmi’s old clothes they can wear. Quite a bit more casual that what they are used to, but surely good enough.

Along with all this work going on Mr. Wolf manages to ease Jimmi into a sentiment where he is quite calm and relaxed, despite the fact that Bonnie probably already is on her way home from work. Mr. Wolf drops off the car (and the dead body of Marvin in the trunk) at Monster Joe’s Car Break-up. Just before he takes off himself with Monster Joe’s daughter Rachel Jules and Vincent thanks him sincerely. 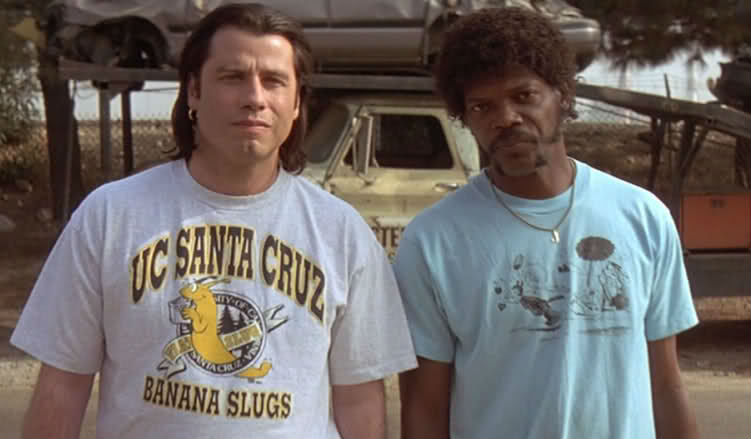 The was “The Bonnie Situation” - Now you should hurry on to the interpretation.